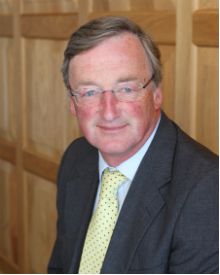 Highlights of the role: Charles is proud of the beers McMullen’s brews and the pubs the company operates; he enjoys working with enthusiastic and able people; and values the opportunity to work with family shareholders to ensure that McMullen's continues to flourish for future generations.

What makes McMullen’s the company of choice:  Charles was attracted to McMullen's because it is an independent family business with good values, assets and people.

Life prior to McMullen’s: The experience Charles has in the brewing and pub industry dates back to 1972, when he joined Courage, where he had a number of roles before specialising in managed houses and becoming Retail Director. Charles has also been Chairman of Gale's, another family-owned brewer and pub operator. In addition to being Chairman of McMullen's, he is a non-executive director of several family-owned businesses in other industries.  Brewing and pubs was Charles’s first business experience and in many respects remains his favourite.