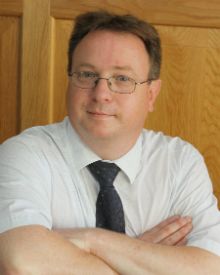 Highlights of the role:   Chris is responsible for the Production Department looking after the brewery, distribution and cellar service divisions, reporting to our Production and Sales Director. The main focus for Chris is the brewery and, as Head Brewer he is passionate about the quality of McMullen’s fine traditional cask beer. He selects the finest ale malts from East Anglia and English whole leaf hops for the production of all McMullen beers, as well as developing all the recipes for The Whole Hop Brewery’s range of Seasonal Selection ales.

What makes McMullen’s the company of choice:  McMullen’s gives Chris the opportunity to brew a traditional beer product with 100% natural ingredients as well as work with a team with a family feel.

Life prior to McMullen’s: In 1989 Chris graduated from Heriot-Watt University with an honours degree in Brewing and Microbiology. During this time he gained some work experience with Guinness at their Park Royal Brewery. Following this, his career at McMullen’s began, working in all the production departments, covering all aspects of the jobs involved in those departments. As McMullen’s started planning the construction of the latest microbrewery in 2004, he assisted in leading the team that designed and built it, to open on time in January 2006.

Favourite menu item: A Chicken & Bacon Stack in a toasted brioche bun, Emmental cheese, bacon, BBQ sauce with a pint of our own McMullen Cask Ale.