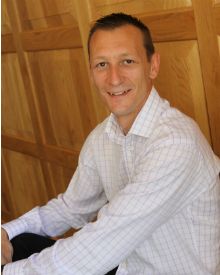 Highlights of the role:  Chef Lee is responsible for the development of all the menus in the McMullen’s pubs and bars featuring six different food concepts and developing. Every day is different, Lee can be creating new menu ideas, running a meat & fish workshop, presenting dishes to the operations team, supporting an opening or refurbishment, planning food events, writing recipes as well as working on food costs to name a few of his roles. A favourite of Lee’s is to run the Chefs Top Table Dinners, a select few of the chefs who have done an amazing job in the kitchen are invited and a fantastic 5 course meal cooked in front of the chefs in the McMullen’s Training Kitchen – as a way of saying “thank you”.

What makes McMullen’s the company of choice:  Joining McMullen’s was an easy decision for Lee as they are a great company, who really do make you feel like part of the family - after his first interview Lee wanted to start straight away.

Life prior to McMullen’s:  Lee began his career at his mum & dad’s tea room at the young age of 12, making cakes and sandwiches and from that point he knew what he wanted to become, a chef. This led to a role at a small hotel in Cambridgeshire as a kitchen porter and he worked his way up to where he is today.

What is your favourite menu item: That would be telling…