Day In The Kitchen

We opened up the opportunity for foodies and beer enthusiasts a like to drum up recipes, combining McMullen beer with food ingredients, to create a dish and enter our Love Beer, Love To Cook Competition in celebration of National Cask Ale Week. The recipe winner would have the chance of winning a Day in The Kitchen, with our Head Chef Lee Brooks to develop the dish, and an exclusive tour of Hertford's brewery with Head Brewer Chris Evans.

The recipe entries were strong, which made it very difficult for Lee and other Mac's insiders to choose a winner. In the end we had to pick two – a main meal and a dessert! The sound of Beer Belly and an AK B+B Pudding had our mouth's watering... 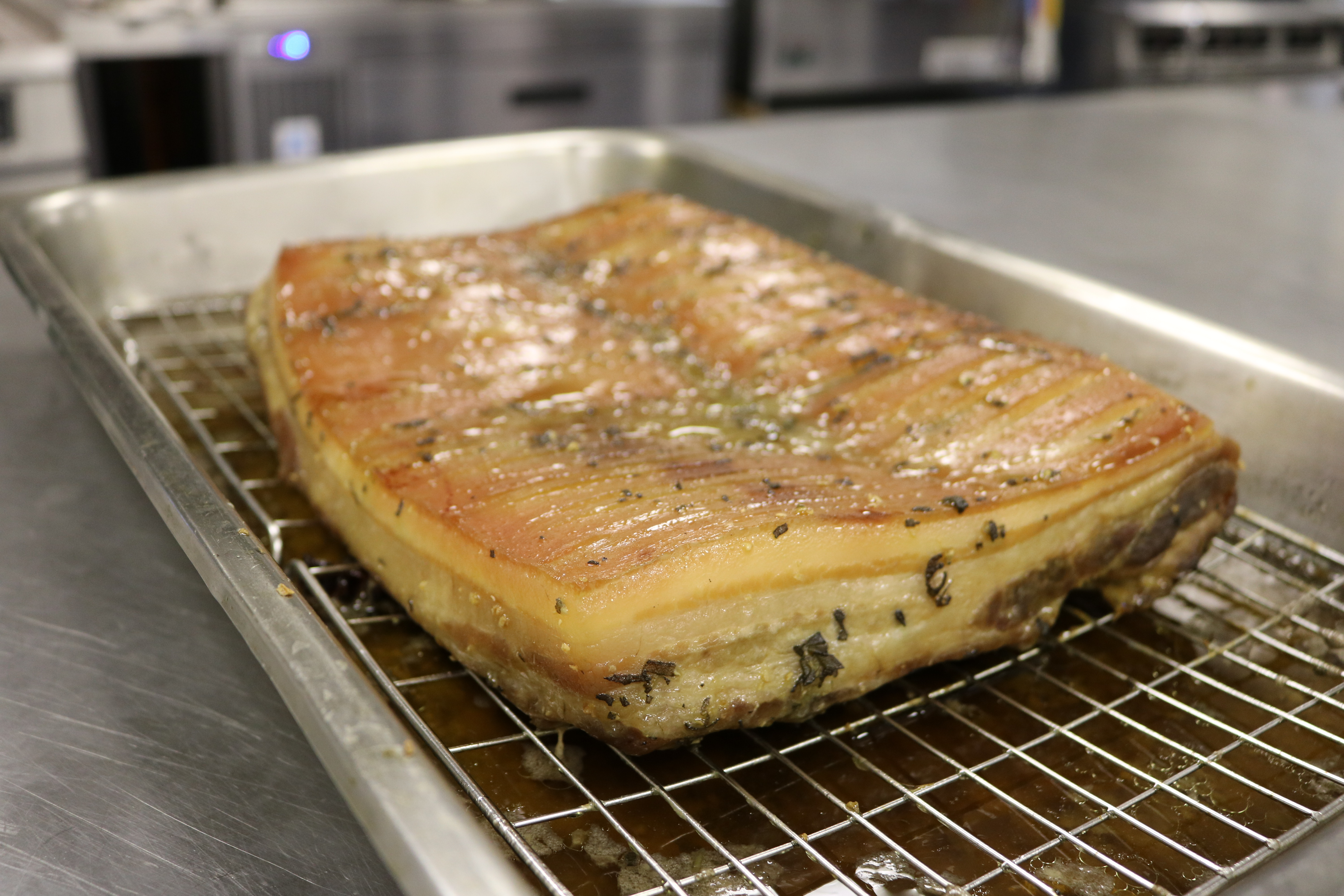 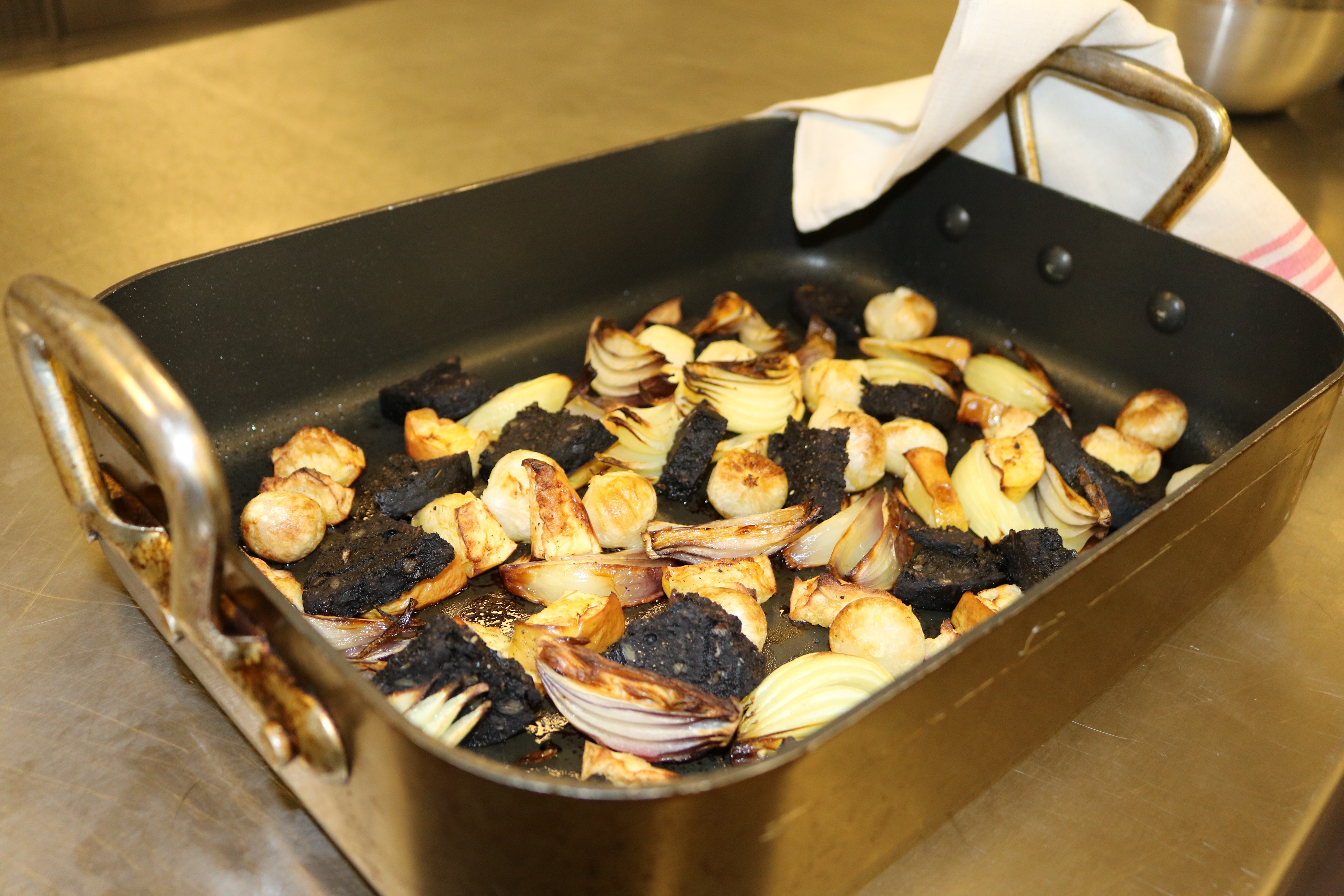 After a session of duelling diaries, Stephen Marsland – who won us over with his delicious pork belly idea made with McMullen Cask Ale – had a great day in the kitchen with Lee, swapping recipes and sharing tips!

Stephen is a keen cook, regular guest at The Salisbury in Hertford (mainly for their homemade chicken & ham pie!) and fan of McMullen's pale ale. Stephen spent the day with us at McMullen's Head Office, Training and Development Kitchen on one fine Saturday. The pair cooked up a storm in the morning, tucking into a delicious pork belly dinner at midday along with his wife Caroline. Stephen’s winning dish consisted of meaty pork belly from our butcher Underwoods, buttered mash, carrot puree, curly kale, tenderstem broccoli, roasted onions, apple & black pudding, with a Macs Cask ale gravy and of course, lovely crackling! 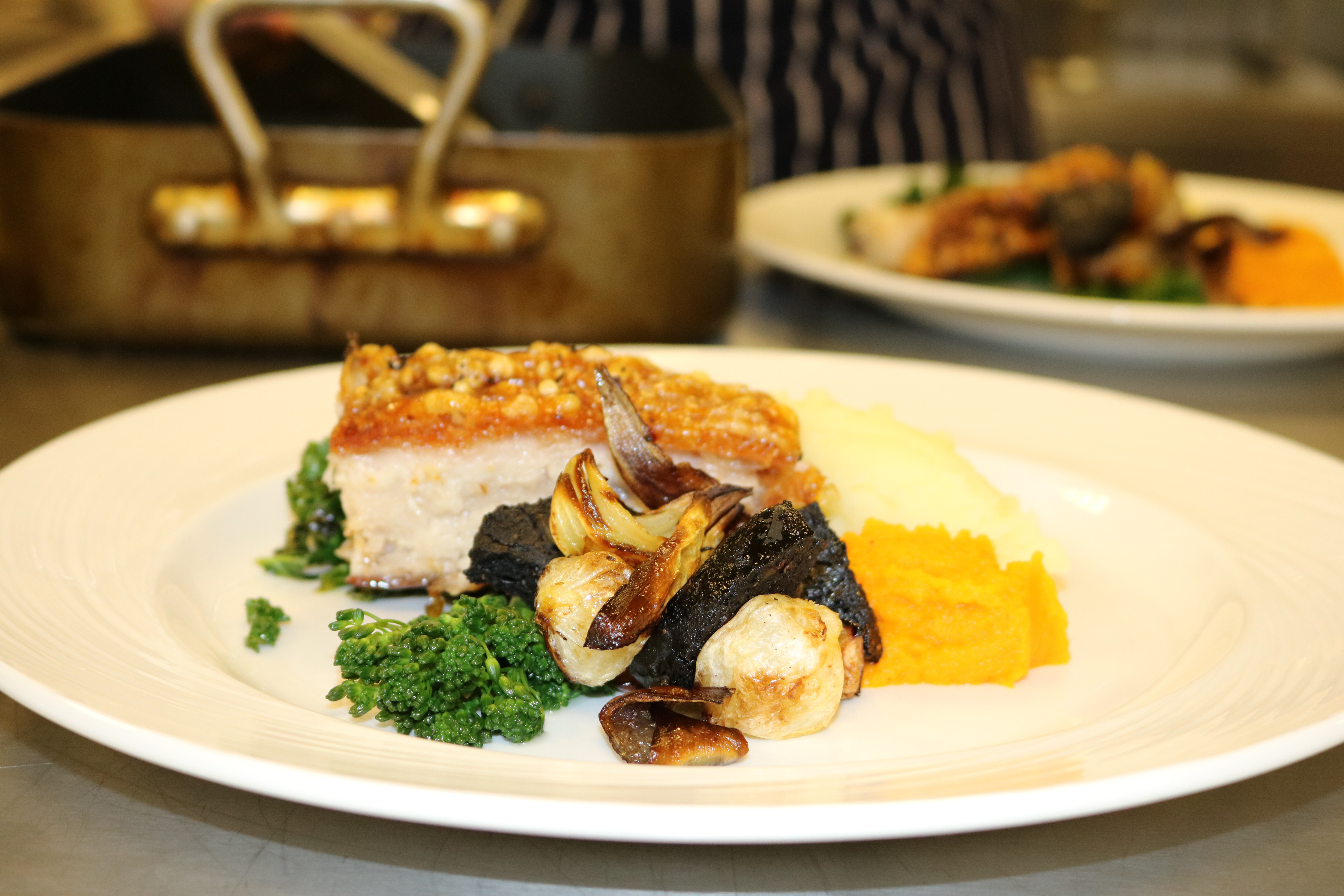 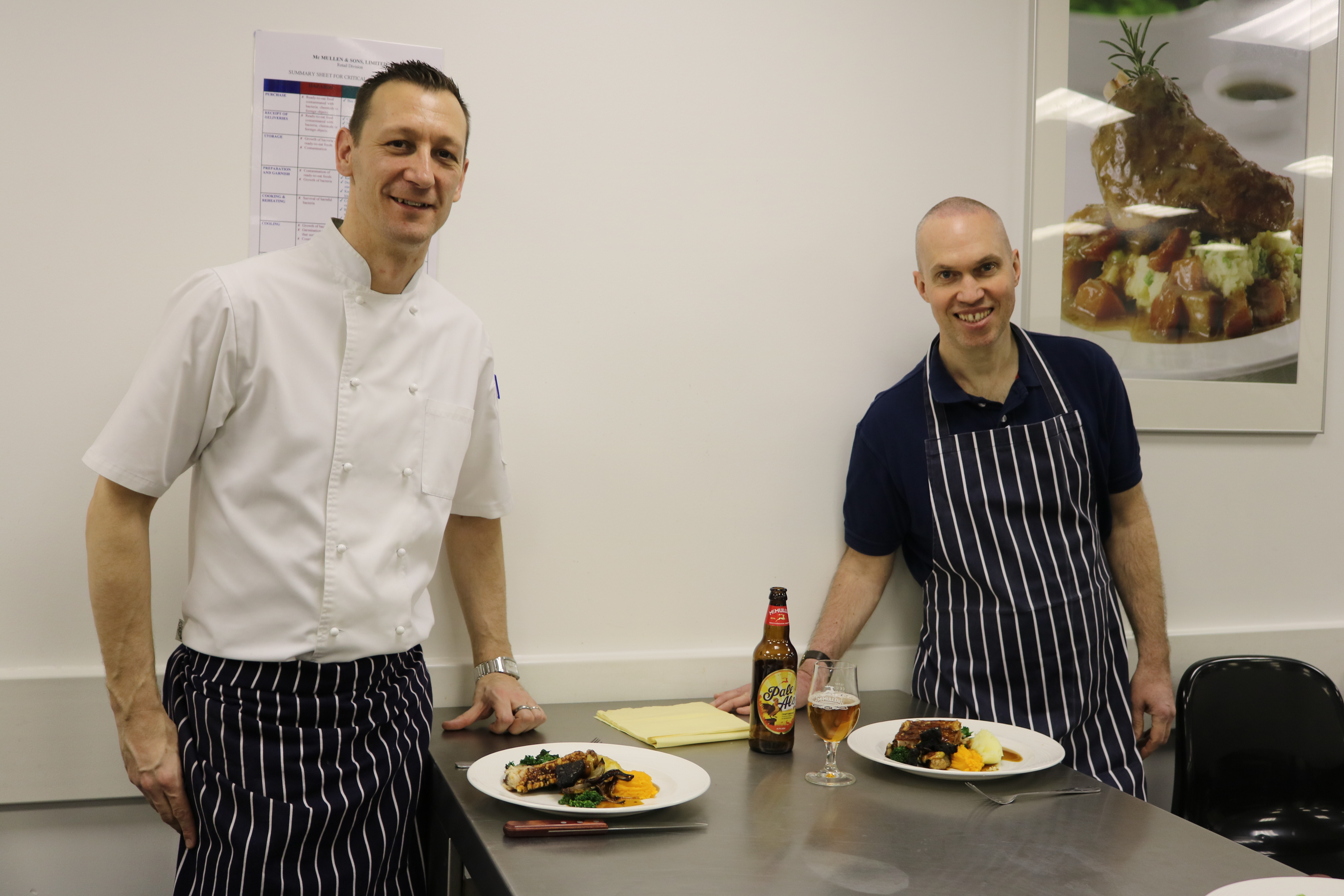 “I had loads of fun recreating this great recipe, I am a huge fan of pork belly! I really wanted to get the recipe exactly right for Stephen, and I think it’s fair to say we were both very pleased with the results. Definitely a dish for the books and possibly a Sunday roast alternative for our pub specials boards in future!” – Head Chef Lee.

For dessert, unfortunately, the second winner Jo who posted in her yummy brioche bread and butter pudding recipe using our long established AK, could not make the day. So Lee took it upon himself to bake Jo’s pudding and raised a bowl in her honour. Both Stephen and Lee were impressed with the brioche and ale pudding, laced with vanilla & cream, and definitely enjoyed creating the dessert! This actually got the juices flowing and made us think of another possible recipe, swapping tea for AK when soaking currants for a tea loaf. Anyone? 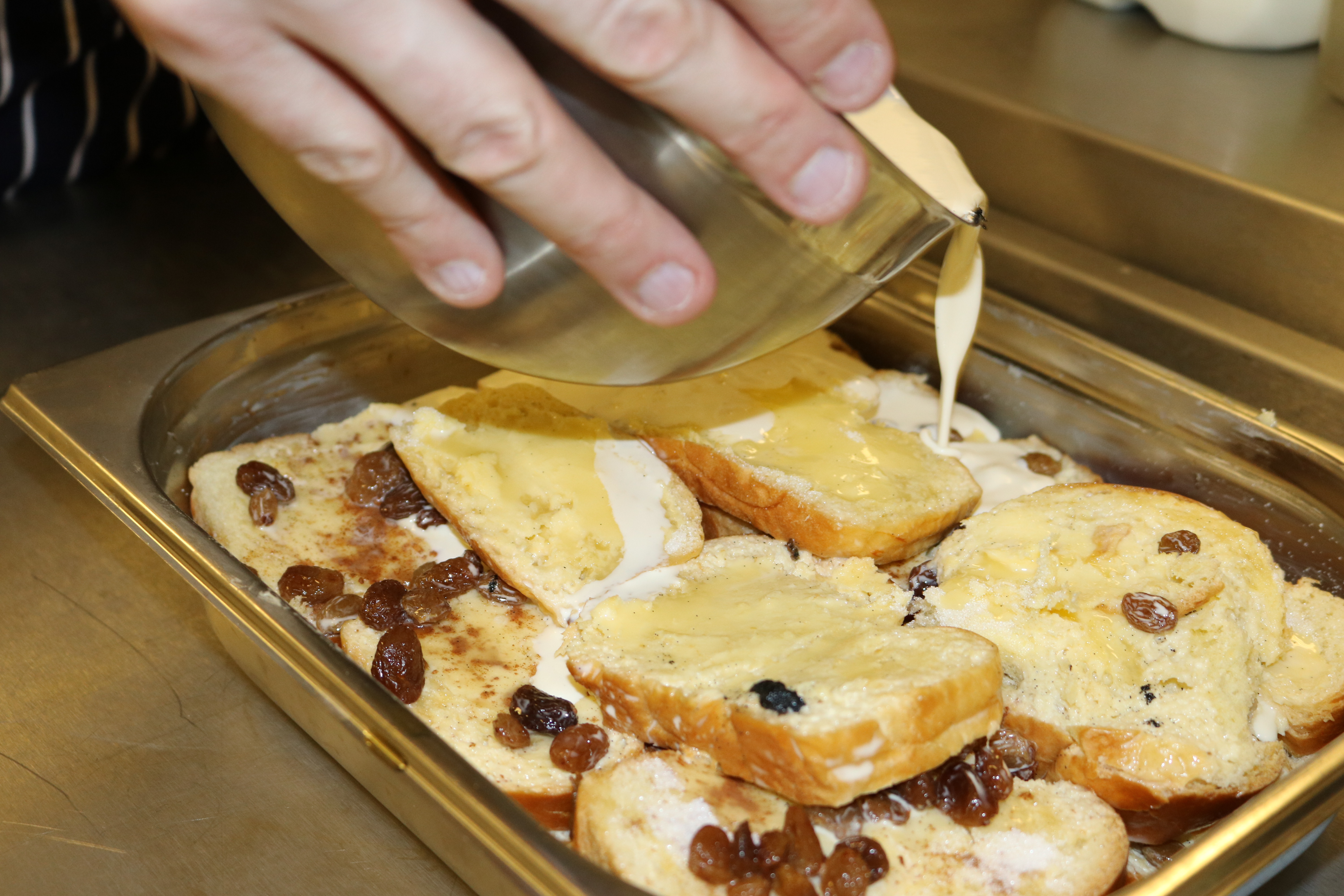 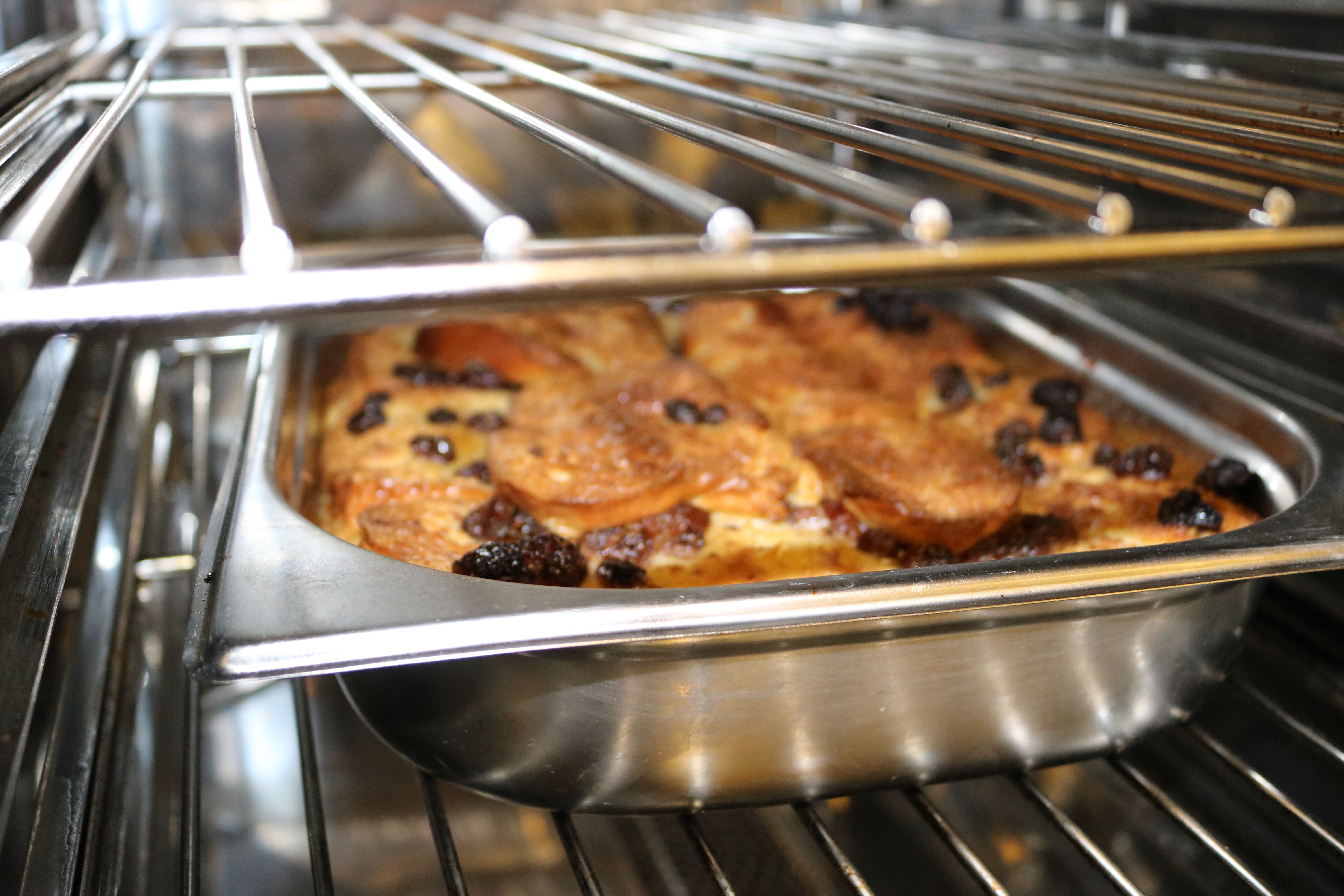 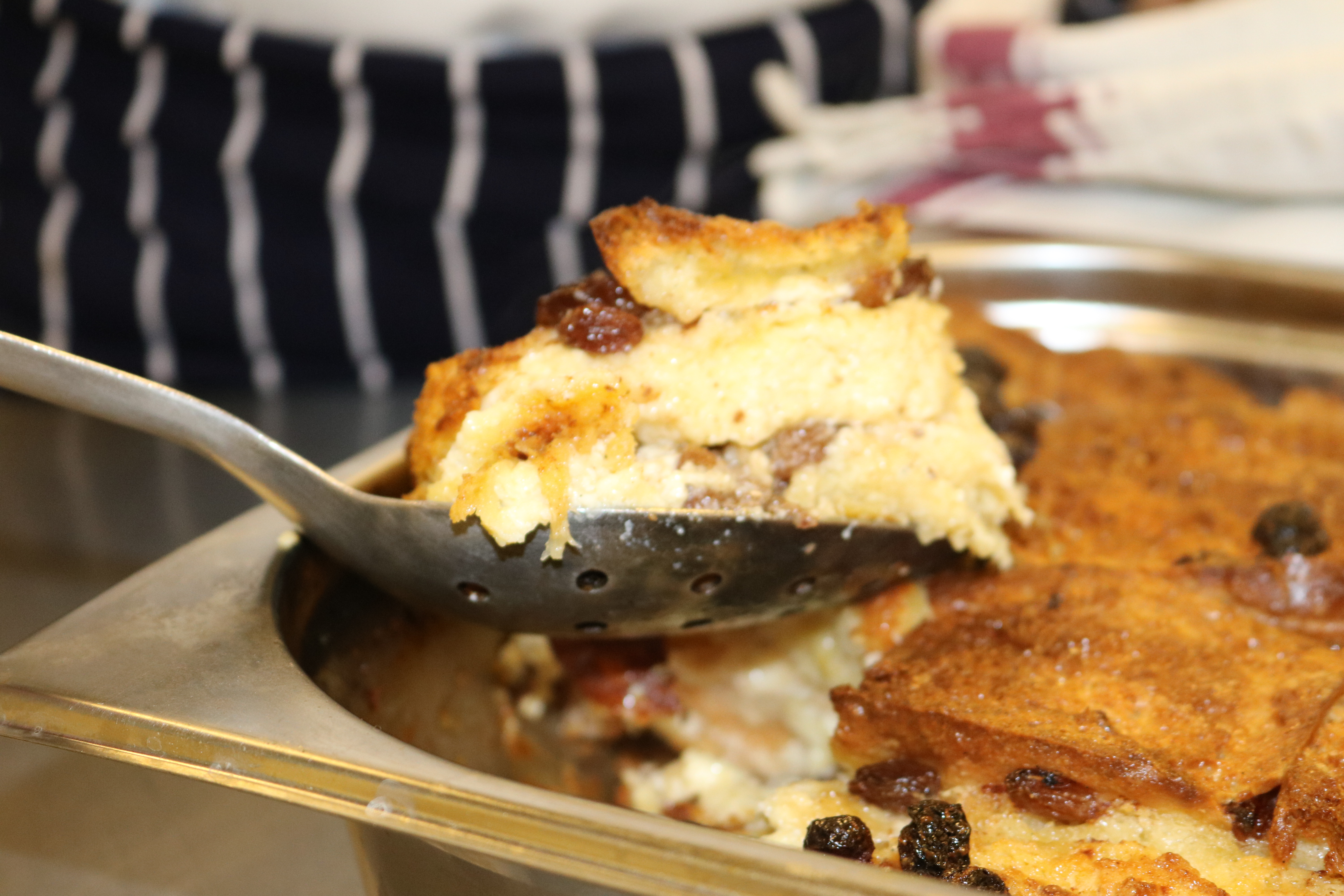 Whilst the AK B+B pudding baked in the magical Rational oven, Chris Evans (our Head Brewer) popped in to taste the cask infused crackling and lead Stephen to the brewery... there he was given a private tour of the mill room (tasting our raw materials of 100% natural hops, barley and malt), checking out the beer laboratory, fermentation & barrel wash machinery, learning the brewing process from start to finish. 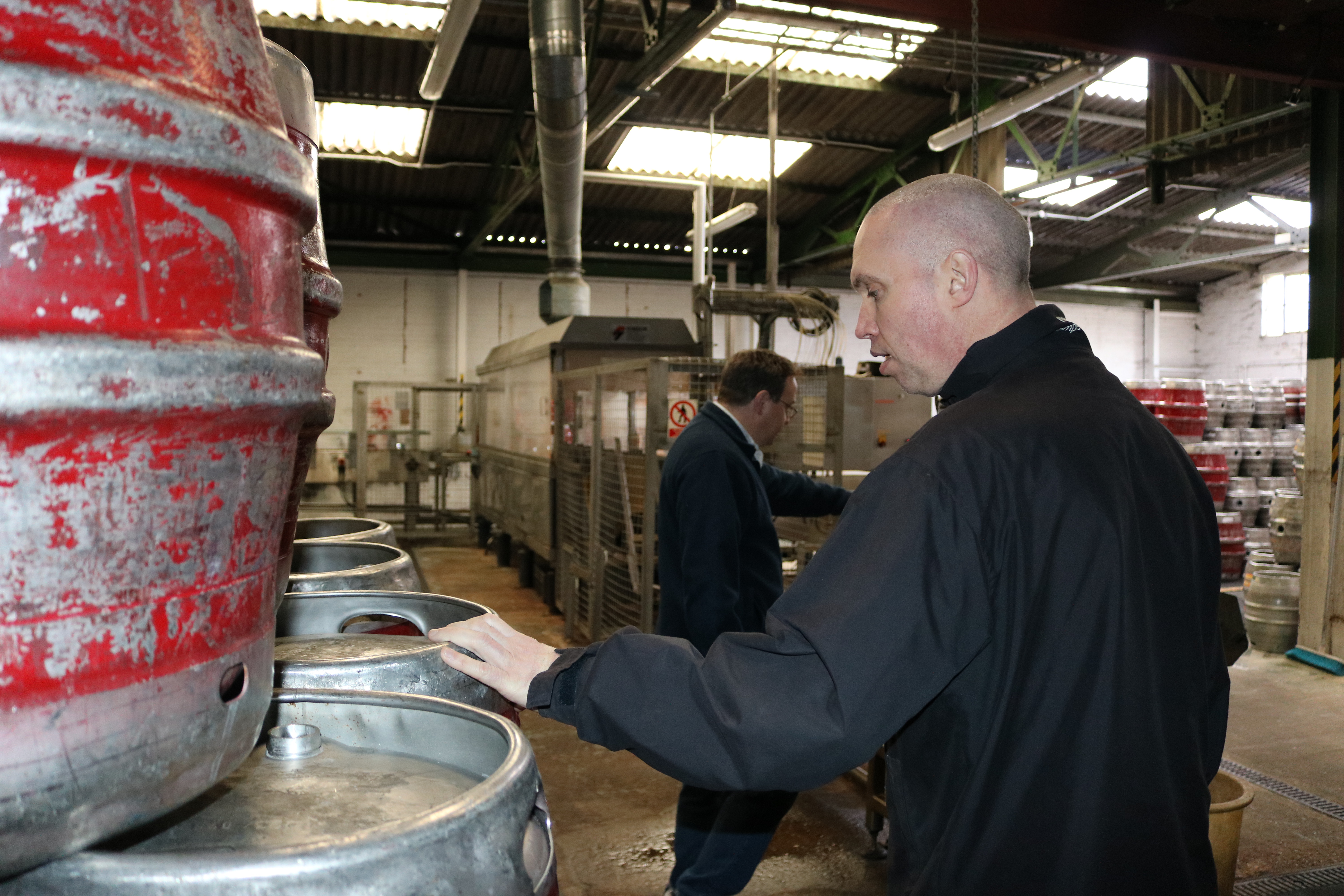 To make the experience extra special we handed over a treat or two to Stephen, taking home a Whole Hop tote bag filled with bottles of Stronghart and Pale Ale! Lee also rewarded Stephen with a brand new chef’s apron and hat – with which he can use to continue his culinary journey.