McMullen's 2019 Rebranding | Take a look at our new look

We’ve given history a new face!

Our heritage ale pump clips have undergone an exciting make over, influenced by many years of changes and authentic heritage. Tobias Hall leads the design change of our flagship brews; IPA, Country Best and of course, AK.

McMullen beer and pubs has colloquially been known as ‘Mac’s’ for generations, with some of our beers carrying the same name such as Mac’s Stout, Mac’s No.3 and even Lady Mac’s. Founded and located in Hertford for 192 years, the family run company has been through a number of changes to keep our name, pubs and beer alive. Nowhere else other than Hertford could replicate the consistency of our heritage ale flavour, particularly due to our own unique water source from our 170ft well into the Chilterns. 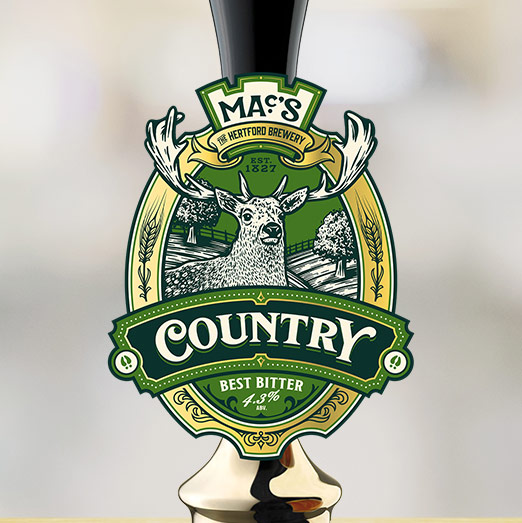 The youngest of our core range – dating back to the mid 60’s and one of our award-winning beers. Originally brewed to include more malt, more body and a higher alcohol level to standard bitters, Country Best has stood the test of time as a complex and beautifully balanced beer.

Synonymous with Hertfordshire, the fallow deer depicted in our new design is often seen around the Hertford countryside. The deer also can be seen in the historic McMullen swing sign above every Mac’s Pub door. 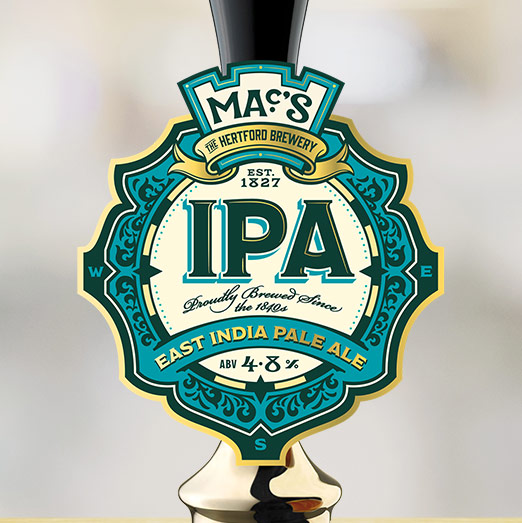 The McMullen relationship with IPA can be traced back to the 1800’s when Peter McMullen recorded the brewing of an East India Pale Ale with connotations of the brew being commissioned to quench the thirst of the British Army at the East India Company College originally in Hertford.

We have re-established the connection and given our IPA it’s original name of EIPA, the new design bases its shape on a compass and dials for a traditional, historic feel.

The origin of AK is one that has been the basis of many discussion and disagreement throughout the years, as one of the longest standing of ales in British history. This easy drinking, smooth and malty ale was reigning supreme as the drink of the day but gradually fell to the rise of the bitter.

We are proud to proclaim that our recipe hasn’t changed since 1833, the same water, malt, yeast and hop varieties are still used today - each pint is a literal blast from the past.

One feature that beer fanatics will notice is the style branding change. 25 years ago, we updated the name on the badge from a Mild to a Bitter to blend in to modern tastes and wants in the beer world. This was also because our AK can be regarded as both a Mild and Bitter due to the strength, along with other factors. Today, we notice the historic prowess of the AK and want to shout about its authentic heritage as a Mild, the Original Mild.

Let us know what you think of our new look and what you want to see from the brewery in future. Tweet us @McMullens1827 or find us on Facebook at ‘McMullen’s Brewery’.