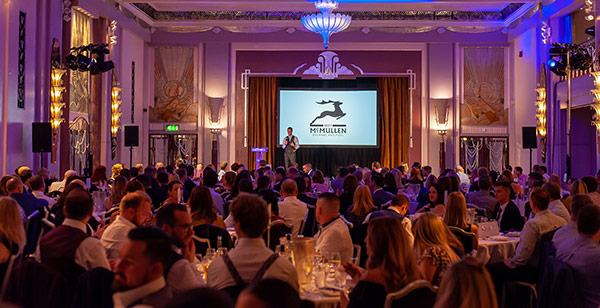 There is one clear reason why McMullen’s has been at the heart of the Hertfordshire community for over 190 years, and that is due to the fantastic people who not only proudly represent our company but also go the extra mile to ensure the best guest experience every time.

We celebrate all of our company’s achievements at our Annual Conference, awarding those that have gone above and beyond for the company, the community and the family name.

Below are the winners of 2019, congratulations one and all!

The People Award recognises those General Managers who recruit, develop, train, coach and retain the most valuable asset for any business - our people.  Nominees in this category will have developed or helped develop future managers, within their own business or by supporting central training within the company.

The Service Award recognises those General Managers that with their teams, deliver the highest levels of consistent service for their guests as measured by our Mystery Guest programmes throughout the year. Once again, all visits were during peak shifts and food sites in particular were measured closely on their level of service offered at the table. The Awards go to the top two performances for Drinker and Diner service.

Any General Manager entrusted with the operation of a developed site will have a proven record of high achievement. However, opening a new or highly invested site is challenging in the extreme. This award recognises those Managers and teams that have led a site through a successful major development this year that has exceeded our expectations and those of our shareholders and that now operates as we would expect.

The Business Growth Award recognises those Managers and their teams that have made a material difference to McMullen’s success through outstanding sales and profit with a long term view in mind. Nominees in this award category will have outperformed their peer group and will have delivered sales and profit growth and exceeded budget at Period 11 with consistently great operations, and people development that we are all proud of.

Nominees in the Newcomer award will have been appointed to their first General Management position recently, have run their business, and led their team professionally and competently; growing both the business and the people within it.

Manager of the Year

The Award for Manager of the Year recognises an outstanding performance in all areas for this financial year and several previous years. Nominees will have beaten their own award-winning figures and run a role model business with an outstanding team and have contributed to the success of their peer group and their business in some way.

Cellar Manager of the Year

There is a fine art to cellar services, one that is far from overlooked at McMullens. This award goes to the individuals who strive for perfection in making sure that every pint is an exemplary pint.

Team Member of the Year

Marketeer of the Year

This award goes to the individual who takes their creativity in marketing their pub to the next level. Using their Facebook pages to entertain guests as well as reach out to new ones, using their initiative to see opportunities to convey a message and pulling it off perfectly.

Fish Chef of the Year

The winner of Fish Chef of the Year is a highly talented individual, put through a number of culinary tests to see if they have the skills required to perfect the art of cooking all things aquatic.

Chef of the Year

The title of Chef of the Year is one highly fought after, and one of the most difficult to give. We are extraordinarily lucky at McMullen's to have in our family some of the best and most talented Chefs of any Brewery and Pub Co. The winner of this award has demonstrated perfection in their culinary talents throughout their work, and tasks given to them during the competition.

Kitchen of the Year

Kitchen of the year is an award given to a true leader in the kitchen who strives for the upmost hygiene, uniformed performance and a clear passion for what they do.