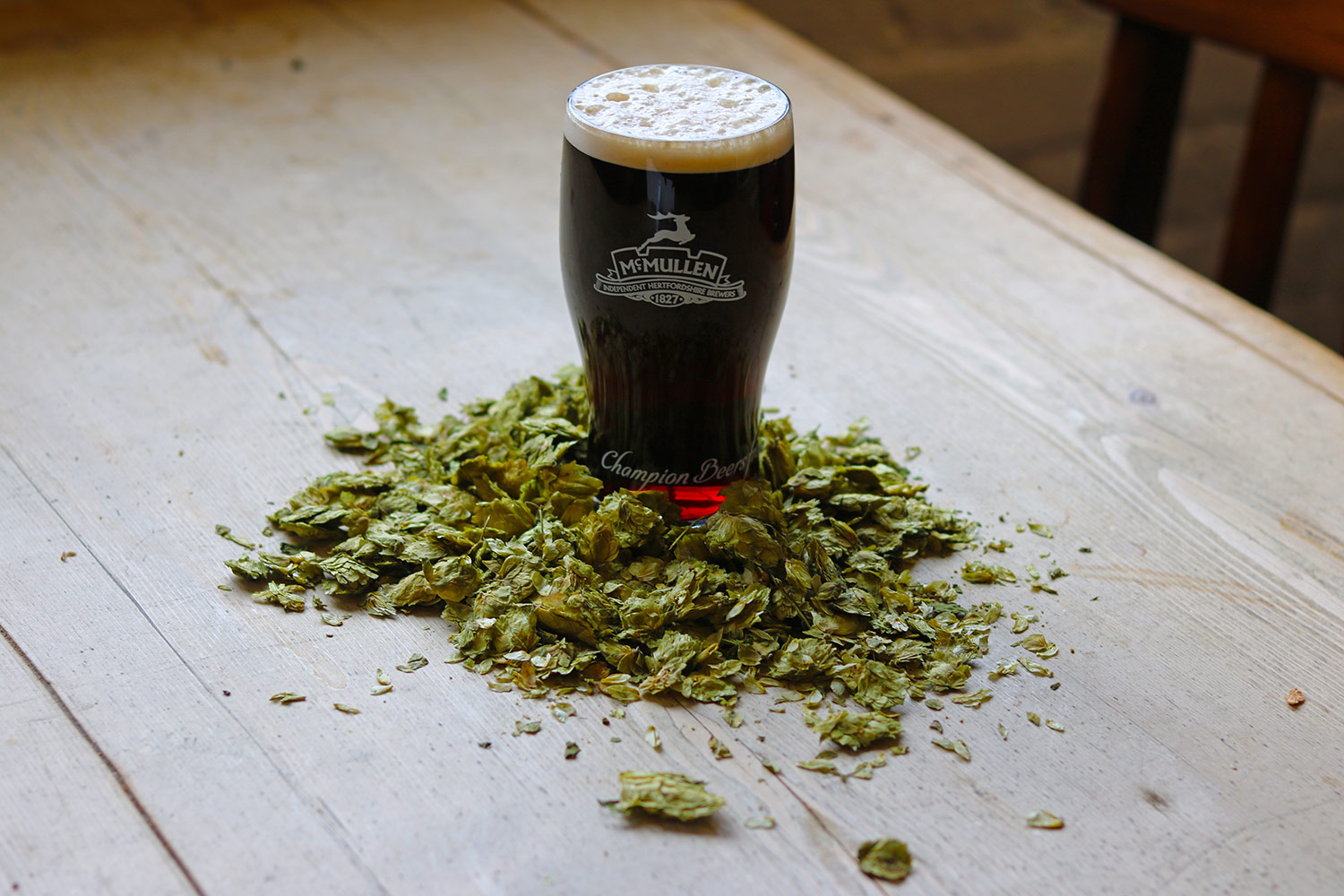 This Autumn, the McMullen brewery release a special brew dedicated to the short but heroic life of James Neville Marshall VC, MC.

James Neville Marshall, born in Manchester on 12th June 1887, the son of James Henry Marshall. In 1911 he moved to Harlow setting himself up as an unqualified veterinary worker often working with horses and became known in the equestrian sector. This is where he met and later that year married Edith Maud Taylor, a cousin of the McMullen family. Taylor’s father was a local maltster for the area around the McMullen brewery.

The First World War began, and Marshall’s story takes him to Argentina where he enlisted in the Irish Guards. Within a short time his skills and courage had helped him rise to the rank of Acting Lieutenant Colonel for the Irish Guards and was attached to the Lancashire Fusiliers, eventually commanding their 16th Battalion.

On November 4th 1918, on the Sambre-Oise Canal in France, a partly constructed bridge was badly damaged causing his battalion to halt in action. Marshall separated the troops into repair parties to march forward and mend the bridge, however, they encountered intense enemy fire. The first party lost many numbers being shot, killed or wounded, but the colonel stood strong installing such confidence in his men that many more volunteers were upcoming.

Marshall completely disregarded his own safety to stand tall along the bank and spurred his men to complete the bridge under enemy fire, once the bridge was complete he led his men across saving the lives of many but at the cost of his own.

James Neville Marshall was awarded the Croix de Guierre and made a Chevalier of the Order of Leopold along with the honoured Victoria Cross.

Our beer, Victory, commemorates Lieutenant Colonel Marshall’s life and was brewed with the help of acting members of the Irish Guard. Our Stout used the best of traditional English hops, Fuggles, Progress and Goldings along with Best Ale malt, Crystal and Chocolate malts to give a rounded black coffee and dark chocolate flavour.

Our Stout is now available in Mac’s Houses around Hertfordshire, London and further afield. We are proudly donating 20p from each pint to the Irish Guards Benevolent Fund.

Remember, we love to see your pint pics so tweet them or tag us on instagram at @McMullens1827. 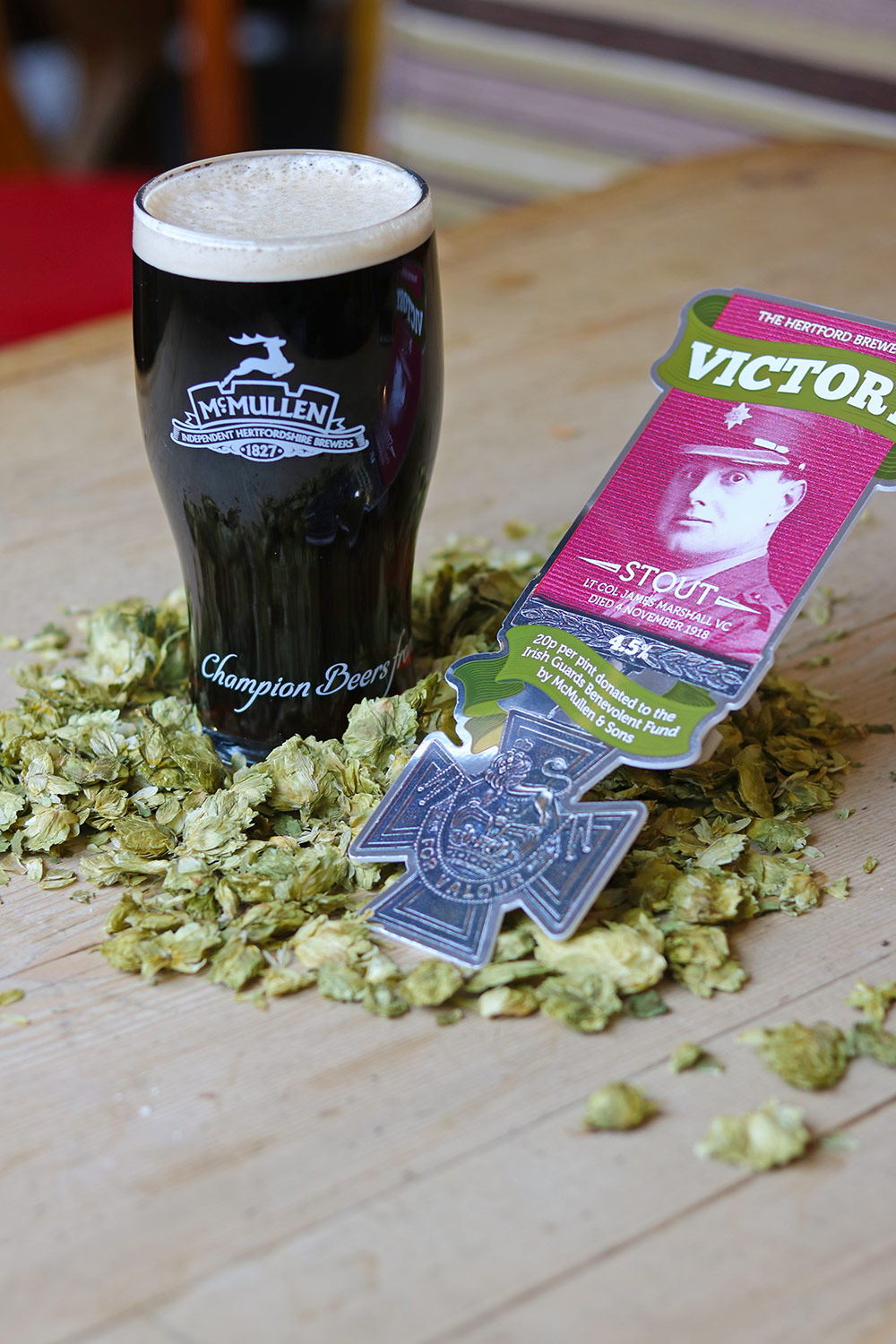