The Origin of A.K. 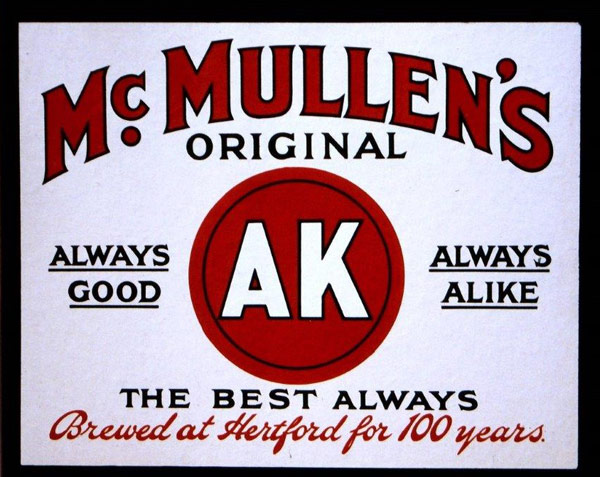 The short answer is – “we don’t really know!”

The story goes that a certain Arthur King, owner of a number of Public Houses, had the suggestion that the beer supplied to him must be improved considerably if it was to satisfy fully the then popular demand. Mr. King explained that what he wanted was a brilliant beer of medium colour, but with its attributes perfectly balanced into an attractive blend of flavours and with a pleasing aroma. The beer although not sweet, should have its sugar content apparent on the palate. Similarly, the blend of hop flavours and aroma must be pleasing and delicate, yet never pronouncedly bitter; and the tonic properties must be those normal to most products. 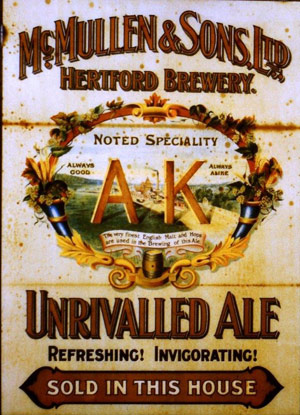 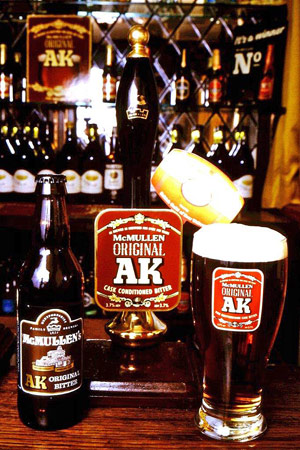 Rather a large order it may be said, yet the long list of necessities were achieved, and satisfied not only Arthur King but also the public. So it is said, Mr King’s initials have typified for many decades what is regarded as the ideal palate, best mild.

If you don’t accept the above explanation, another account can be attributed to the practice of the Excise Officers of some 200 years ago. They marked beer casks with chalk markings, Mild Ales either have 1, 2, or 3 X’s – Strong Ales having 4 or 5. After a time these chalk marks could be interpreted as either X’s or K’s. Excise Officers, however then went further and used the letter A in some cases as a substitute for two X’s. A.K. therefore represents XXX’s or KKK’s. this explanation seems a bit of a tall story to us so perhaps it would be fair to say that XXX signified a Dark Mild, and that A.K. signifies a top quality Mild – because that is just what it is! 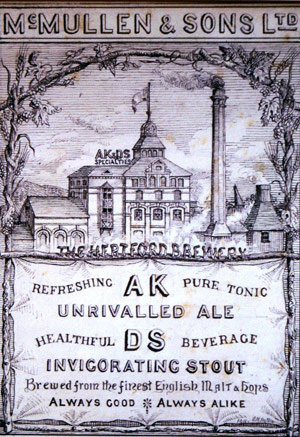 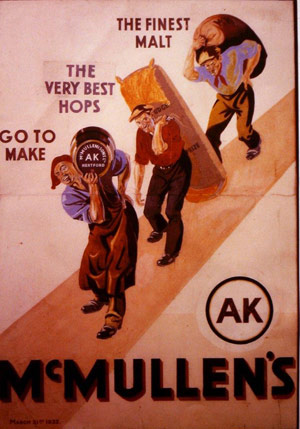 Let's delve deeper, as the stories of the mysterious origin of AK span even further. Originally suggested by Martyn Cornell, AK was in reference to a measurement with the K in AK coming from Koyt, the name of a hopped beer found in Northern Germany in the 15th century, and A standing for Ankel meaning "Single". This suggestion, as convincing as it may sound struggled to find a definite and paralleled definition of AK as a beer.

Another suggestion takes us back to British Prime Minister Herbert Asquith who put a substantial raise on the tax on a standard barrel coining the term Asquith's Knockout. Mr Asquith was also known to be rather fond of a drink, giving this theory some substance. However, references of AK go back further than Asquith's date of birth, unfortunately stopping this theory in its tracks.

There are further references around 1870 in the English Mechanic and Wold of Science which divulges into the processes of brewing by an anonymous fountain of knowledge referred to as "Aroma" who captions AK as a "Keeping Ale", is this perhaps the real use of the abbreviation?

Of course, there are many many more theories behind the mysterious origins of AK and many more colloquial references (don't worry, we have heard them all!) One thing to be certain of, this classic ale is a pint bursting in authentic heritage and history, and we are proud to have it still Alive and Kicking since 1833.